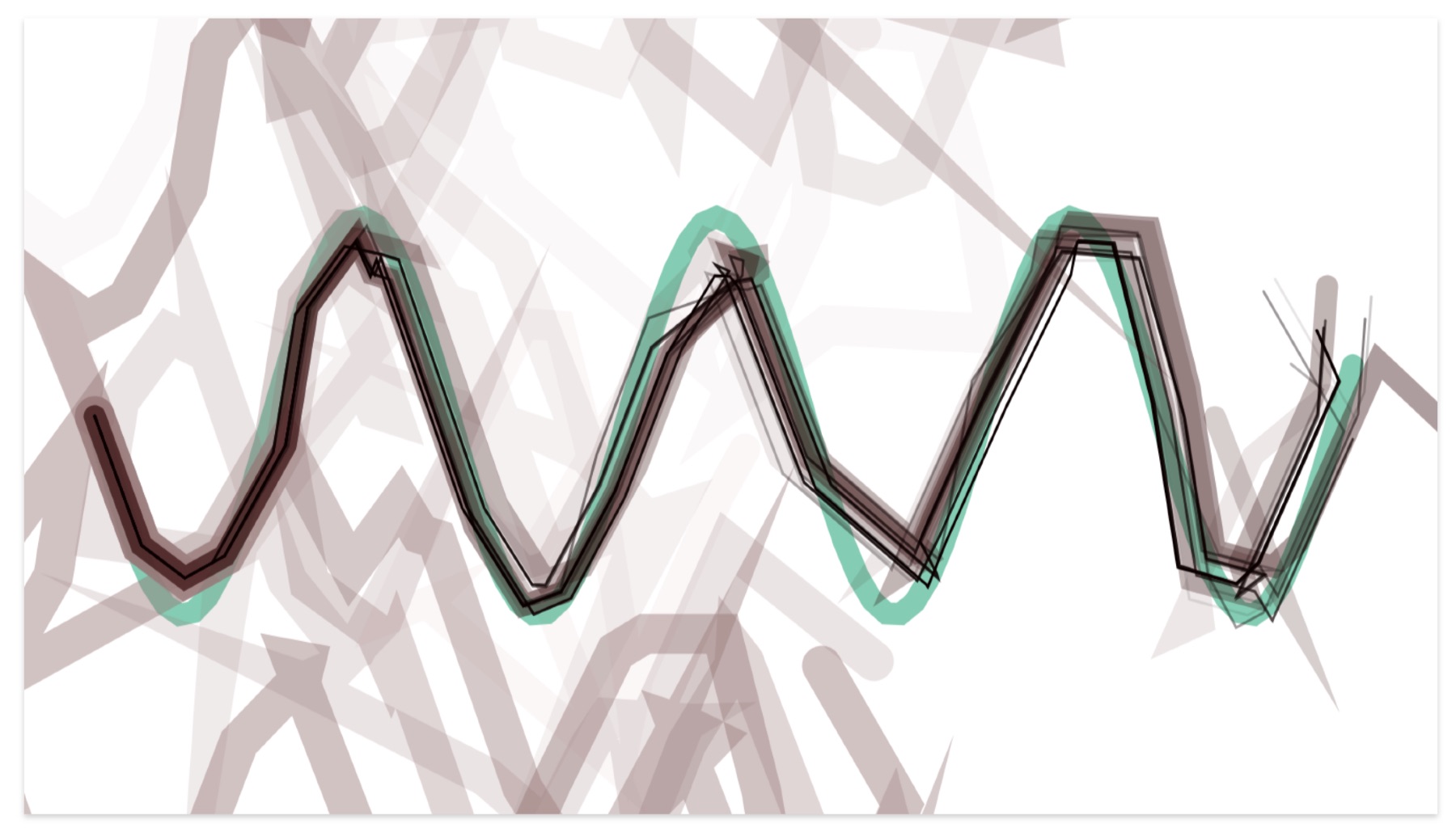 A slightly artsy demo of a genetic algorithm learning a non-linear function.

My motivation for this demo was to apply what I’ve been learning about genetic algorithms (in the context of reinforcement learning and optimizing/training deep learning models), but in a slightly less contrived application as most demos I’m seeing online. Typically, folks will demonstrate how to learn a single value (such as the pixels that compose an image or a cardinal direction to navigate a maze). The following example has two variables (angle and distance) and a minor ordering dependency. That is, if the first gene is bad, the second (and all subsequent ones) will likely not perform well.

The fitness function for the entire instance is the sum of the Euclidean distance of each corresponding point to the base function.

To render a 2D function in the canvas below and start the simulation, click the Start button below to use the default sine wave or draw a pattern using your mouse/finger/stylus directly on the canvas.

In the rendering below, you’ll see the base function in green, and dark red lines representing some of the instances of the population. The fainter/thicker the line, the worse is its fitness. The thinnest, darkest line represents the best instance.